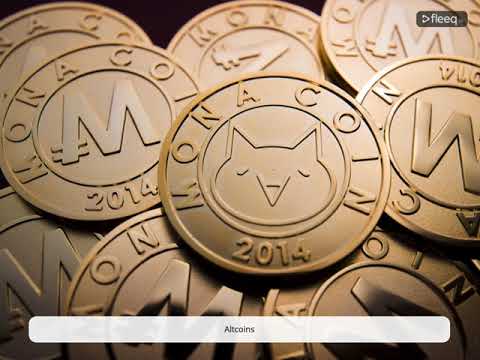 Which Are Your Top 5 Platforms Out Of The Top100? An Analysis.

There are currently a lot of platforms, more specifically, there are 35 platforms within the Top100 only and many do very similar things. How is one supposed to know how they differ? That was the question that I asked myself.
So, I decided to compare all platforms within the Top100. I noticed that they can be put into into 5 different categories. Note: A platform is a cryptocurrency that offers smart contracts at least.
Here are all platforms in an excel spread sheet in their categories with a description: https://docs.google.com/spreadsheets/d/1s8PHcNvvjuy848q18py_CGcu8elRGQAUIf86EYh4QZo/edit#gid=268170779
In order to find out which one is the best platform in each market currently and made sure to be strict with every platform and point out their flaws.
Let's look at the 5 markets.

Dapps platforms are definitely a solid bet for the next years. Besides Ethereum, Neo, EOS and Stellar are probably the most known here, however, all 4 are simply extremely centralized and would need to completely change their architecture to become more decentralized. Until that happens, none of these platform can really be considered as a platform with good technology, since everyone can achieve high scalability by letting a few hundred nodes do the consensus algorithm. There is nothing difficult about that. The difficulty is achieving several million TPS with 100,000 nodes deciding consensus.
Cardano, Aeternity are the only ones that seem to be able to maintain excellent decentralization with high scalability, because they scale through side-chains/horizontally.
All platforms considered, Ethereum seems to be on the way there as well with its change to Casper.

BaaS take a different route to adoption than mere Dapps platforms. They are also dapp platforms, but focus on businesses (B2B) instead of end-users (B2C) within the cryptosphere. They sell their blockchain services to companies, who then can build their own customizable blockchain as a side-chain to the BaaS without hassle and worry about technology or blockchain architecture. This is all handled by the BaaS company already and the customer only needs to change a few variables and they have their own blockchain. Side-chains are interesting, because they allow virtually infinite scaling, since there can be an infinite number of side-chains that only communicate with the main-chain occasionally and handle the majority of transactions on their own chain. This is also called horizontal scaling.
The success of a BaaS platform largely depends on its ability to close partnerships to sell to large businesses and having the best usability. The more contracts they can sell to businesses and institutions, the more valuable it will be. For that reason, the BaaS with the best ability to form partnerships and do sales will win this market. Technology isn't as important here. Of course, the platform has to work without bugs, but having a platform with outstanding technology, average usability and average marketing will lose against a platform with average technology, great usability and great marketing.

There are really only 2 platforms in the Liquidity market, albeit the Liquidity market could be one of the biggest markets with insitutional investors entering the cryptoworld soon, since there is very little liquidity in Bitcoin. For example, say a pension fund wants to buy or sell $10B in Bitcoins. No single exchange has that many Bitcoins available and it would wreak havoc on the market. This wouldn't be a problem with Liquidity platforms, since they pull all order books together and back up market liquidity with FIAT money among other things.

These are platforms that are focused on a specialized functionality
Nebulas with Indexing the Blockchain world and Salt with Lending are probably the 2 most interesting platforms here. Nebulas doesn't have a single competitor, though there are several competitors to Salt with a much smaller market cap and with similar development progress, ELIX.

There are 3 platforms that have not been discussed yet. However, they can do most what the above platforms can do and have the potential to steal the market of all above mentioned platforms. That's why I call them behemoths.
1.) Skycoin :Skycoin is building what Pied Piper is building in the series HBO's Silicon Valley, a completely decentralized internet that is not run by ISPs, but by IoT devices, making telecom providers like Comcast, ISPs who can control bandwith, cost, net neutrality, filters, access etc. obsolete and completely decentralize them. Skycoin offers what 36 coins are offering:
If you think that the decentralized Internet will blow all other markets out of the water and will be the biggest invention of this decade, then Skycoin is your pick, because covers that and what 27 coins do.
2.) IOTA: With the launch of Q 1 week ago, IOTA is about to offer what 27 platforms within the Top 100 are offering (!) and they are probably looking to replace several more.
IOTA is at the same level as Skycoin and Elastos. However, SKY's flagship product is the Decentralized Internet and ELA's is the most comprehensive dapps operating system in the cryptosphere, which IOTA cannot really replicate in the near future, because it takes years of reseach and development. This protects ELA and SKY from IOTA for now.
However, it looks like IOTA can snatch up all the smaller, easier to replicate markets, such as cloud computing, oracles, smart contracts, decentralized storage, currency exchange and soon possibly also supply chain management, BaaS functionality, privacy, security identification since none of those are really hard to build. However, Skycoin and Elastos will probably focus on their flagships and leave IOTA to scoop up all the rest. It will be an interesting year.
3.) Elastos started out as a mobile operating system 18 years ago and has now moved towards a smart contracts platform, operating system and a runtime environment for Dapps. Thanks to side-chains they are near infinitely scalable and is thus also very decentralized. Elastos is offering what 36 coins are offering
If you are very convinced that BaaS solutions and dapps platforms will be the big winners for 2018, then Elastos is your pick as far as I can see, because it is probably the best BaaS and dapps platform with near infinite scalability and the best decentralization and thus does what 32 coins do.
3 Closing Questions
All of the above findings leave me with those 3 questions. What are your thoughts?

the strategy: know your asset [stocks/crypto]

General info and list of exchanges for Apollo Currency (APL)

Binance have just announced their futures exchange and it will allow for up to 20X trading. I have been using Bybit for a number of months now and I will continue to use it. This is a quick ... This video is a brief introduction on #Options Trading in #Binance JEX Exchange Binance JEX belongs to Binance.com. Here in Binance JEX, you can trade #Bitcoin Futures, Bitcoin Options, Ethereum ... You can buy bitcoin on coinbase and transfer it over to binance and then buy some litecoin for example Coinbase is the place to buy bitcoin, litecoin, Ethereum and Bitcoin cash. Just open an ... Binance is an altcoin exchange that has become increasingly popular recently. With their sleek design, low fees, and now high volume; this exchange is one of, if not, the best altcoin trading ... Buy ETH on Coinbase and send it to your Binance wallet to start trading. No verification required. No verification required. Coinbase is the quickest way to start buying and selling. What is the difference between a limit and market order? - Duration: 6:22. Sasha Evdakov: Tradersfly 118,650 views. 6:22. How to trade in Ethereum on Binance - Buying OmiseGo - Duration: 8:10 ...